Sri Sathya Sai Tribal Development Programme is a major project of SSSSO Kerala. This Project has been working out well for the last 15 years in different parts of the state. The latest addition is the Project taken up for the tribals staying at Attappadi in Palakkad district. Even though the Govt. is spending crores of rupees for the welfare of tribals in Attappadi, there is still a big opportunity as these programmes are yet to improve the lifestyle of tribals. At present, by the Grace of Bhagawan, SSSSO has been recognized at all levels as the ideal Agency which is working sincerely for the welfare of the most under-developed people. Attappadi Tribal Development Programme Attappadi is an extensive mountain valley at the headwaters of the Bhavani River nestled below the Nilgiri Hills of the Western Ghats. In 1970, the State Planning Board assessed Attappadi as the most backward block in Kerala state. Many of these welfare projects carried out by the Government were not well adapted to the traditional adivasi culture and about 70% of the tribal population is still living in abject poverty. 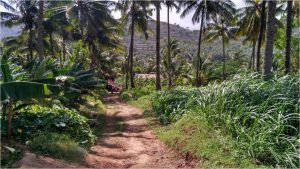 En route to a Tribal Village in Attappadi Tribal Settlement in Palakkad district.

With HIS Blessings, our initiative at Attappadi Tribal Settlement started-off in the year 2016 with a very small step, and now it has reached a very unique stage in terms of the activities and involvement. The entire Tribal Development Project began with the Cleanliness Awareness Programmes which is next to Godliness. There are 193 Villages and 175 Anganvadis spread across Attappadi Tribal Settlement and every Tribal Village is based on an Anganvadi. There still exist Tribal Villages in Attappadi without having good drinking water facility and houses without toilet. It is worth to note that there are still families without houses and houses without electricity. There are also families without having a Ration Card for availing subsidized food materials provided by the government. There are many children who are still not going to schools. We’ve conducted detailed Survey in selected Villages which revealed that the Tribals lack good lifestyle, personal hygiene, good hygiene at home and hygiene of surroundings. Other major challenges we could identify in Attappadi Tribal Villages are drug abuse among youngsters & students, lack of nutrients and cleanliness, lack of personal care, discipline, personal hygiene etc. We’ve identified that lack of awareness on cleanliness are affecting all facets of their lives. To address the above issues, we have commenced many programmes with an objective to take care of the younger generation. We have formed Village Committees for effectively carrying out the various activities in Tribal Villages. Apart from conducting awareness programmes on personal hygiene and cleanliness, we have also supplied personal care products meant for cleanliness among the tribals to start-off with. In the initial phase, we are focusing on activities to improve the personal hygiene, holistic cleanliness, prevent drug abuse, eradicate malnutrition and inculcate value education to children. 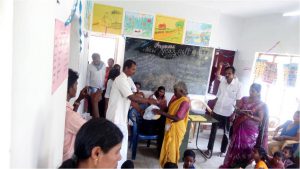 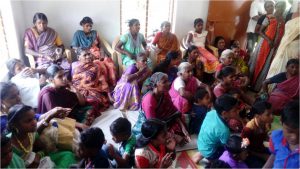 Tribals in Attappadi adopted Village attending the Meeting organised in the Anganvadi.

We have conducted many programmes at different levels for Anganvadi teachers. More than 1,000 tribal youth members were trained in Human Values in Education. We were instrumental in providing drinking water in the adopted Village by spending INR 50,000 towards installing the Motor and pipes. 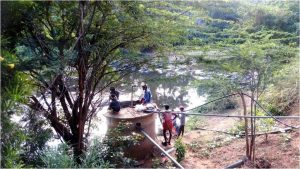 Installed a Motor to provide drinking water to the tribals in adopted village in Attappadi. 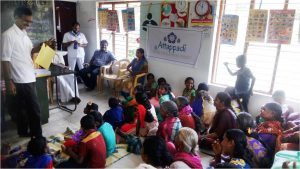 Sri Hari S, State Coordinator SSSVIP, who is also spearheading our Tribal Seva at Attappadi addressing the tribals in a Meeting organised in an Anganvadi. 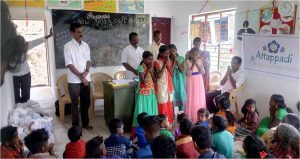 Interaction with tribal students in Attappadi Tribal Settlement and the kids singing a song.

What we’ve done so far at Attappadi:  Visited the Villages several times, conducted Surveys to understand their problems.  Contacted various Govt. institutions working towards the welfare of tribals in Attappadi to learn the current state.  Interacted with Anganvadi Teachers to formulate an Action Plan.  As a Pilot Project, a most deserving village was identified and selected for project implementation under SSSVIP.  A Meeting was organised in the Anganvadi of the selected Tribal Village. The concept of “Clean Home, Happy Home” was introduced.  A Workforce named “Suchitwa Bodhana Karma Sena” was formed to create awareness on cleanliness. Various aspects of cleanliness – individual, house & environmental cleanliness were addressed through classes, real-time demonstrations and best practices & recommendations were given to improve the current state.  Different materials and personal hygiene kits (bathing soap, detergent powder, towels, washing soap, bed sheets, handkerchiefs, disinfectants, comb, nail cutter, clothes, toilet cleaning lotion, buckets, mats etc.) were provided to the tribals to maintain cleanliness.  Our sevadals helped the Tribals in cleaning and painting their homes and in the safe disposal of garbage out from their homes.  To create more excitement and involvement, a song on cleanliness was produced in local language and presented before the Tribals. Tribal children sang the song melodiously and it created a big impact amongst them.  Leaflets were also prepared in local language explaining the importance of personal hygiene and cleanliness of surroundings. It was circulated among them to retain the initial interest and to maintain the spirit.  After the successful implementation of Cleanliness Campaign in the adopted Village, tribal youths from the entire Tribal Settlement (193 Villages) were invited for a Meeting to plan further activities. The Meeting was organised in 12 different venues as the Villages are spread across a wide region. 800 tribal girls and 400 boys have attended the Meeting.  Value Education class was organised as part of this Meeting and books were distributed to the children. The children studied the books and presented the summary of books later in the presence of elders, including their parents.  Health awareness programmes were also planned in the Meeting. As a next step, with the help of a team consisting of 25 doctors and several youth sevadals, Medical Camps were organised in which hundreds of tribals were benefited.

View of a dilapidated Anganvadi & a ruined house in Attappadi Tribal Settlement. 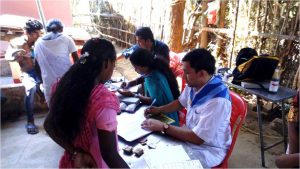 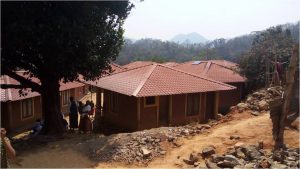 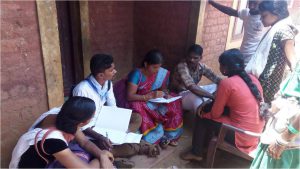 A Village Survey in progress with the help of Govt. Officials in Attappadi Tribal Settlement, Palakkad district. 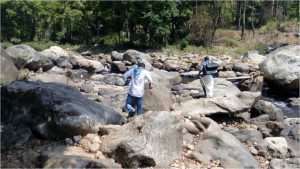 Our Sevadals going for seva in the adopted village inside deep forest in Attappadi Tribal Settlement, Palakkad district. 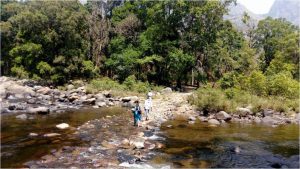 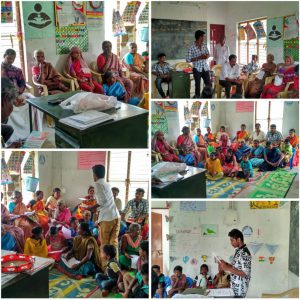 A Meeting in progress at Koodanchalla Village in Attappadi Tribal Settlement, Palakkad district.

We are now working closely with Kerala Legal Services Authority (KELSA) towards the empowerment of Tribals in Attappadi. In February, Sai Youth took a survey to understand the issues and problems of nearly 20 villages in the Attappadi Tribal settlement. Surveys are ongoing in more Villages with the help of our Sevadals along with Government officials and forest guards. At present, it has been decided that our Organisation is going to associate with around 20 Govt. Departments to impart new projects in the selected 20 villages in Attappadi tribal settlement. Effective from June 2018, 11 Tribal schools in Attappadi will also have Value Clubs, to instill value based education among children. Tribal Development Programme in Kottoor Tribal Colony Another Tribal Development Project is happening in Trivandrum District in Kottoor Tribal Colony in the outskirts of Trivandrum, which is a forest area. Our Organisation is very much active in organizing various activities in this Tribal Colony effective 2000 onwards. At present, 24 Tribal Settlement Colonies are being taken care by our Organisation in Kottoor area. With Swami’s Grace, we have started Bal Vikas classes, Bhajan Centers and good number of Tribal Sevadals are attending Prasanthi Seva every year at Puttaparthi. 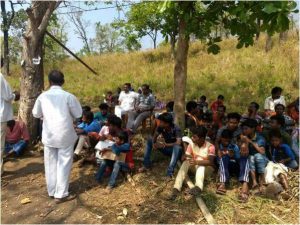 Gramotsav in Pothode Tribal Settlement, Kottoor Tribal Colony Mannanthala Samithi in Trivandrum district organised ‘Gramotsav’ in the adopted village Pothode Tribal Settlement, in Kottoor Tribal Colony. Around 250 villagers attended the programme along with 75 active workers from the Samithi. 15 Mooppans (tribal leader) were felicitated along with Smt. Lekshmikkutty Amma, who was recently honoured with Padma Shri Award by Govt. of India. The programme started-off with Omkaram Suprabhatam and the Samithi conducted Laksharchana, Veda & Bhajan, Mahila Sangamam, Meeting of Village Youth, Bal Vikas Sangamam, Medical Camp and distribution of rice kits as part of the daylong event. 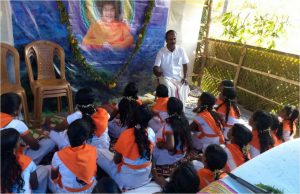 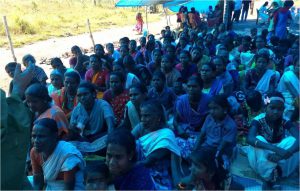 SSSVIP Activities in Kuriottumala, Kollam district is actively involved in the rural empowerment of tribals staying in the Kuriottumala tribal area. Kuriottumala Village is adopted by Kollam district under SSSVIP. Activities like Bal Vikas, Medical Camps etc. are regularly being conducted. Every year, Villagers from Kuriottumala are participating in Prasanthi Seva at Puttaparthi. We were instrumental in providing drinking water facility for about 85 tribal families staying in Kuriottumala. A big water well was constructed in the village and pipes were installed for providing drinking water facility in the hilly area. Rural vocational training was organised to assist the women towards self-empowerment. Training was arranged on paper bag making, soap power making, agarbathi making, umbrella making etc. EHV classes were also being given to the children in a regular basis. Sai Snehatheeram – Sri Sathya Sai Tribal Hostel Sai Snehetheeram is a Tribal Hostel run by the Sai Organisation in Malappuram district. It was founded in 2009. Currently there are 63 children as inmates – 31 boys and 32 girls. 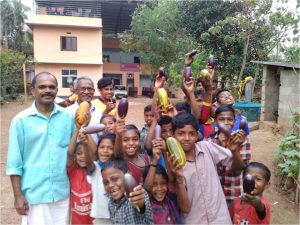 Inmates of Sai Snehatheeram Hostel, after picking the vegetables during harvest time from their own Vegetable Garden, being maintained by the children in Malappuram district.
﻿