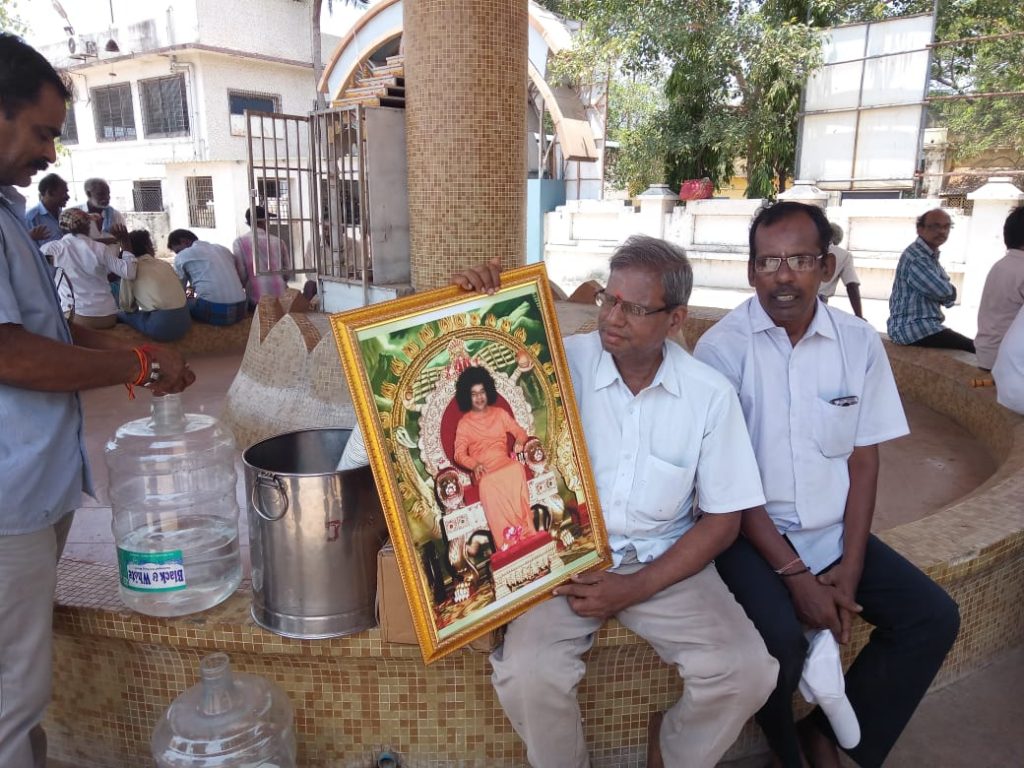 There is no palliative for mother and to reminiscence the glory of motherhood is truly blissful. It is even more blissful when we reminiscence Mother Easwaramma who had gifted our sweet Lord who showers love of a thousand loving Mothers.

This taste of bliss with the sheer inspiration of Swami guided the Sai brothers and sisters of V P Colony Samithi to celebrate the glory of Motherhood as a part of Matrusri Easwaramma day celebrations entitled “Mathru Devo Bhava.”

As guided by Swami in His discourses that every being is indebted to Pancha Mathas, the five epitomes of Motherhood, namely, deha matha, go matha, Veda matha, desha matha and bhoo matha respectively. We also included Sai Matha in this celebration and held a six day celebrations from 18th May to 23rd May 2019 in our samithi.

On the first day, we celebrated deha matha, tribute to our beloved mothers. The program began with Veda parayanam comprising of Sri, Durga and Medha Suktams in the glory of the triune Universal Mothers, Durga, Lakshmi and Saraswathi. Following this “Mathru Panchakam” a hymn in praise of a Mother composed by Adi Shankara comprising of five stanzas extolling the pain, sacrifice, love, as the first guru etc. was rendered which was a true revelation to the unsung glory of our mother. This was followed by a narration of the glory of Motherhood in shaping ideal children namely mothers of Mahatma Gandhiji, Veer Shivaji, Abraham Lincoln, Ishwar Chandra Vidya Sagar, Mother Easwaramma and that of the motherhood of Queen Madalasa. Besides this Buddha Poornima was also celebrated with the rendering of an audio version of Budhist prayers, the birth of lord Buddha and a insight into the teachings of Lord Buddha. The program concluded with bhajan followed by maha mangala aarthi to Swami.

The second day was dedicated to Go Matha, the embodiment of sacrifice. This program was celebrated at The Madras Pinjrapole Goshala. The program comprised of rendering of Go Suktam which exemplifies the glory of cow followed by bhajan. The cows were offered “laapsi” a nutritive food for 160 cows and butter milk was distributed to 125 workers serving in the goshala. The program concluded with maha mangala aarathi to Swami.

The third day was dedicated to Veda matha. The program began with chanting of Gaythri mantra (108 times) along with an insight into its significance. This was followed by a study circle with an enlightening discussion from Swami’s discourse taken from the Sanathana Sarathi. The main concept is that for a Sai devotee every discourse of Bhagwan is a Veda, for Bhagwan is the Veda Purusha. The program concluded with bhajan and maha mangala aarathi to Swami.

The fourth day was dedicated to our loving mother Sai. The program began with rendering of Purusha Sukta which exemplifies that the whole of creation is the fruit of sacrifice of the Supreme Being, Adi Purusha and that Purusha has personified as our beloved Swami who emphasizes sacrifice is the gateway to liberation. This was followed by rendering of Swami’s ashtothram highlighting the divine attributes of our beloved Swami to be emulated by us. This ws followed by a unique bhajan session comprising of nine bhajans correlating the Navavarna Pooja rendered to the Sri Chakra, the significance of the divine attribute of Mother Goddess personified in the nine avarnas (layers) of the Sri Chakra, exemplified through Sai bhajans which was truly blissful.

The fifth day was dedicated to desha matha. The national flag was well decorated along with a portrait of our Bharatha Matha was placed. The program commenced with rendering of “Vande Matharam”. This was followed by rendering of Mantra Pushpam which highlights that love is the elixir of life and emphasizes brotherhood of man and Fatherhood of God. The life of Mahatma Gandhi was highlighted comprising of role of His Mother and his immaculate divine qualities which made Him a “Mahatma” to be emulated by us. A audio rendering of patriotic songs was followed by bhajans. The program concluded with rendering of National Anthem and maha mangala aarathi to Swami.

The program was organized by the bal vikas children along with the overwhelming support of the elders which made the program a grand success.

We are greatly indebted to our beloved Swami for having gifted us this program and with all humility we pronounce that on an average 30 devotees including bal vikas children participated in the program.

We collectively pray to our beloved Swami to bless us with many more such innovative programs in the near future. 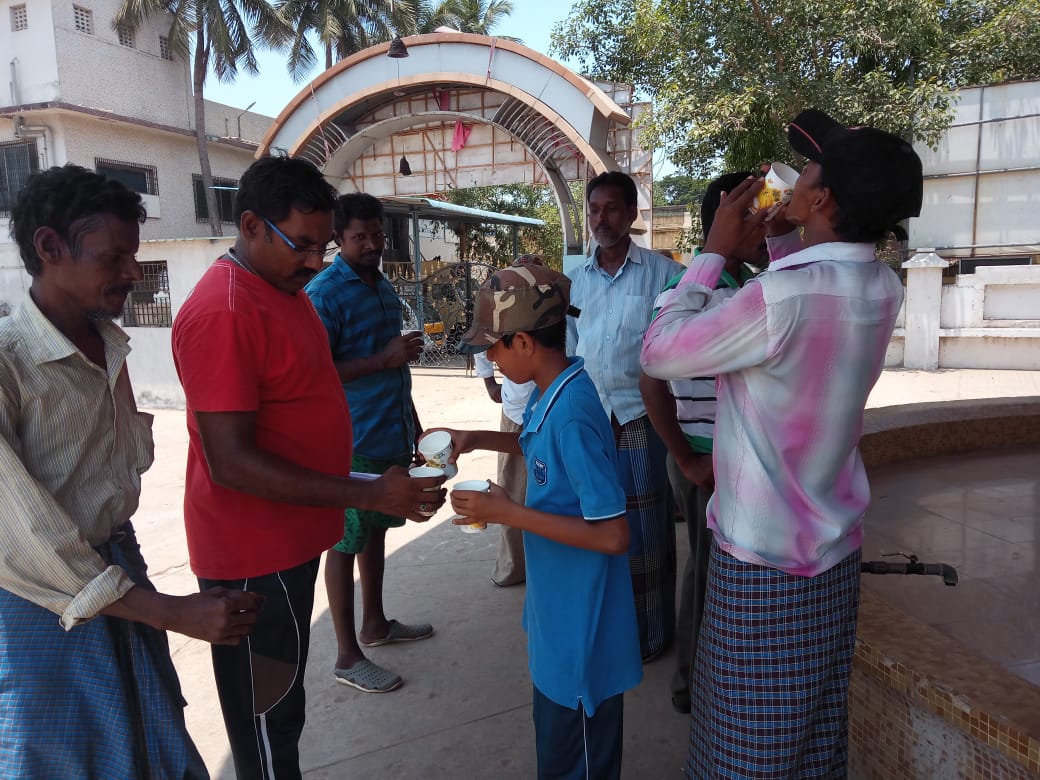 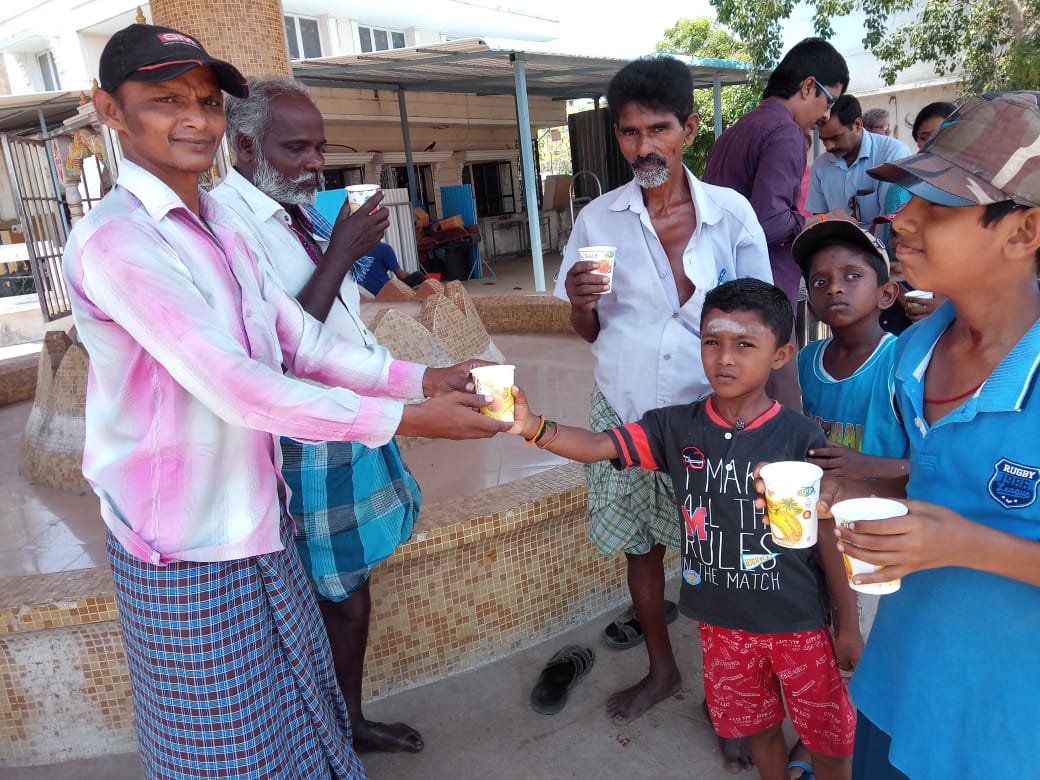 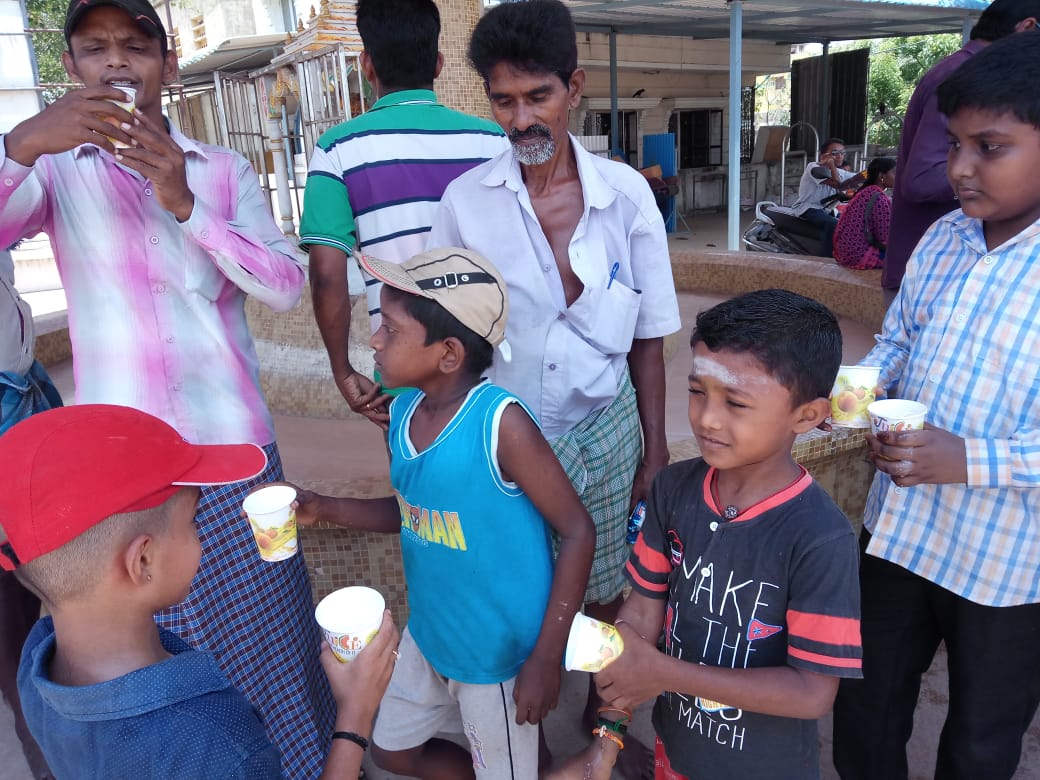 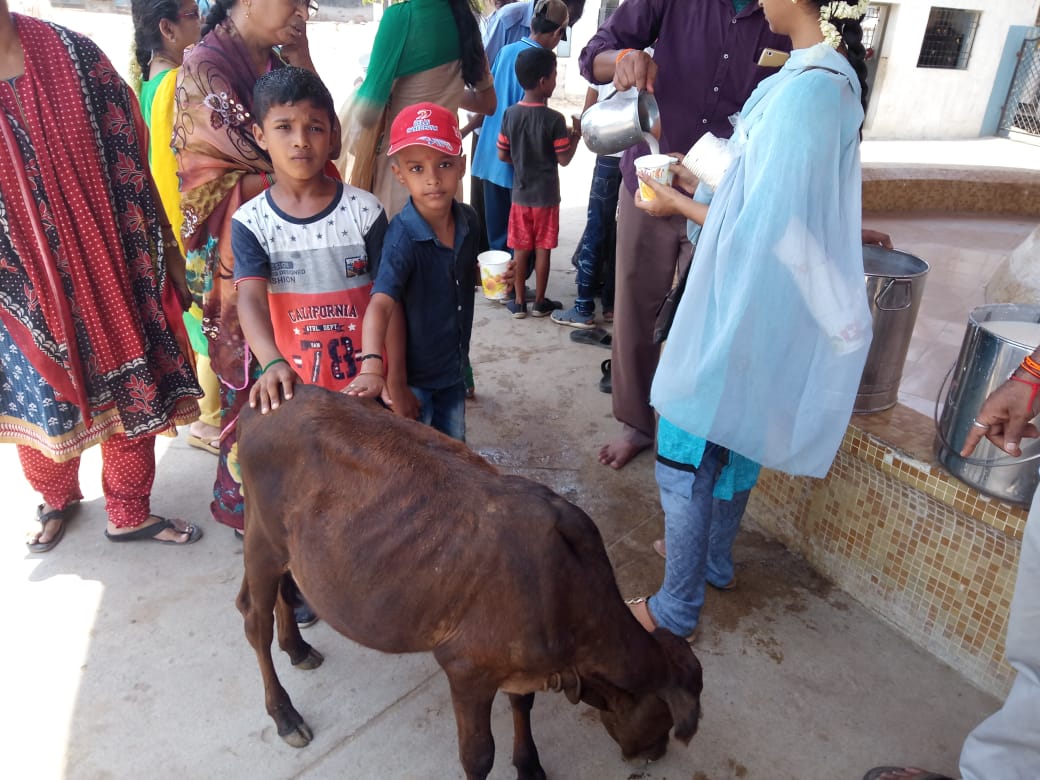 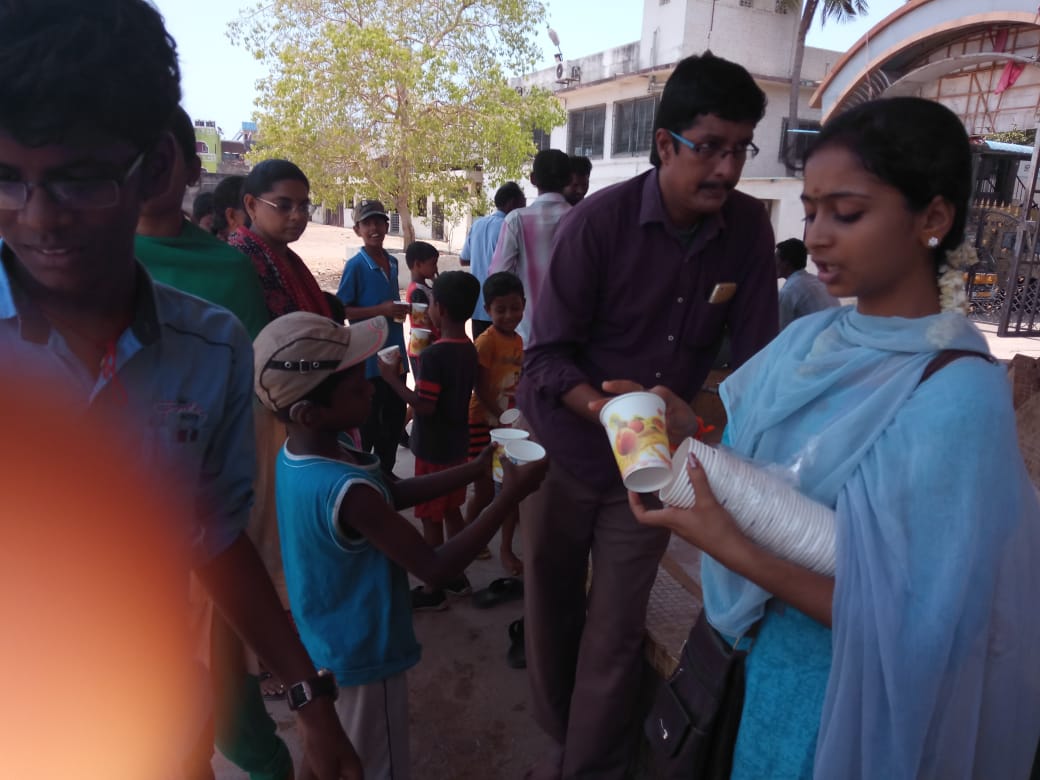 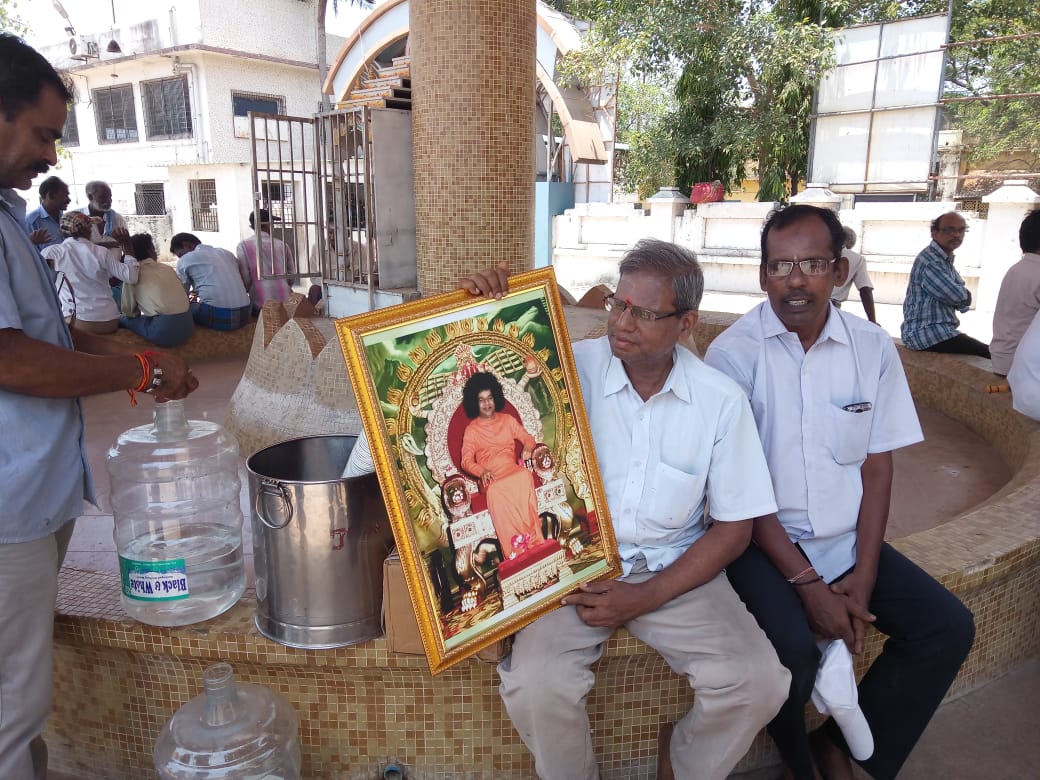 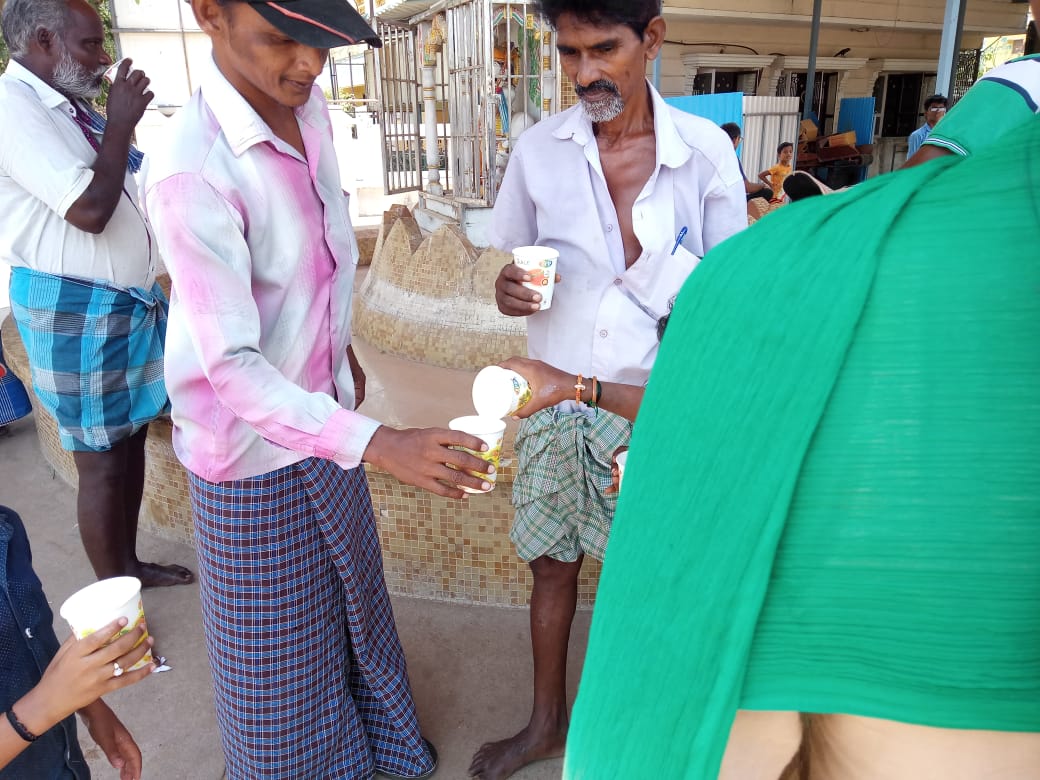