Report on the visit of All India President, National Vice President and National Coordinators

The All India President along with the National Vice President and National Coordinators visited West Bengal on a 3-day tour from July 26th to July 28th, 2019

During the visit, they met the office bearers and Sevadals of the State from different districts and enthused them with a message from Bhagavan while also guiding them on different aspects of the organisation. A key component of their visit was the meeting with Imams of the All India Imam Organisation, West Bengal which is detailed later in this report.

On 26th July, in the evening, the national team met the district office bearers of Kolkata and the nearby districts. This meeting was primarily focussed on the MahilaVibhag activities and the Bal Vikas movement. The All India President and the National Mahila Coordinators had a productive discussion with the office bearers that was centred upon highlighting the importance of the Bal Vikas in Divine Mission and ensuring maximum involvement of all members in this important program of the Organisation and its furtherance for the benefit of society.

Prior to meeting the above meeting in the evening, the All India President and National Coordinators also met Sri S. K. Birla, a renowned industrialist and a long-standing devotee of Bhagavan, in his office.

The next day i.e. 27th July was reserved for travel to internationally renowned Vishwa Bharati University in Shanti Niketan in the Birbhum District where the AIP was invited to deliver a talk on “Education is for Life and not merely for Living”. The invitation was extended by the Vice-Chancellor of the University who was impressed by the selfless service being rendered by the young Sevadals of the Organisation and wanted the young students and faculty members to benefit from the universal message of Bhagavan on Education and its fulfilment in the form selfless service to the society for its benefit. The talk pregnant with Bhagavan’s message was found to be exceedingly impactful and was appreciated as one of the best that the faculty members have heard in the past couple of decades.

Enroute Shanti Niketan, the All India President and the National Team met Sevadals from different districts who had been eagerly waiting for them along the highway to meet them and pay respects.

Inauguration of a Mobile Medical Van

A medical van was inaugurated in the morning on 28th July 2019 after offering prayers to the Master. The van is meant to facilitate medical aid and serve the rural areas in the district of North 24 Parganas.

Meeting with Imams of All India Imam Organisation, West Bengal

In the morning of 28th July 2019, a special meeting of Imams from All India Imam Organisation, West Bengal was organised at the Sri Sathya Sai Seva Kendra at Barrackpore which was participated in by around 50 Imams from different parts of West Bengal. This meeting was organised in the wake of one of the several village service projects that are undertaken by the Sri Sathya Sai Seva Organisations, West Bengal in different parts of the state. This specific project was initiated at the request of the All India Imam Organisation, West Bengal to serve the needy inhabitants from a cluster of villages around a village called Benipur which is primarily inhabited by Muslim brothers. Under the project medical services, educational assistance and vocational training are provided to the villagers. The genuineness of the selfless approach of the Organisation had invited the attention of the President of the All IndiaImam Organisation in West Bengal. The meeting was held to discuss the prospects of extending similar services to rural areas in other districts in West Bengal where fellow brothers are generally deprived of such amenities and facilities. The Imams from various districts, through their short and succinct talk, lauded the initiatives of the Sai Organisations and upheld the universal message of Bhagavan Sri Sathya Sai Baba which is the only ambrosial remedy in current times when the society stands divided by religious factions. The AIP addressed the Imams present at the centre and highlighted the universality of Bhagavan’smessage and oneness of the humanity and how service transcends the barriers of the caste, colour, creed and religion and unifies the humanity as one entity.

Address to the members of Kolkata and nearby Districts

The evening of July 28th was planned for a general meeting of the AIP with the members of the Kolkata and adjoining districts. It was held at the Vidya Mandir Auditorium in the heart of the city of Kolkata. The All India President addressed the members of the Organisation and inspired them with lively examples and experiences along with relevant guidance based on the message of Bhagavan. The Program in the evening was concluded by a scintillating musical performance interposed with meaning narrative by the Youth of the organisation that was founded on the importance of human birth and message of Bhagavan on how to lead an ideal life and ensure redemption at His Lotus Feet. 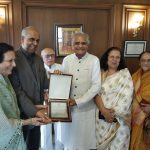 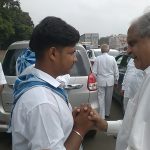 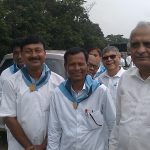 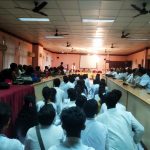 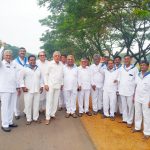 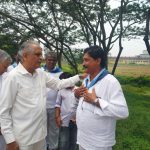 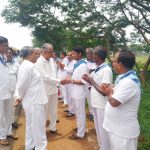 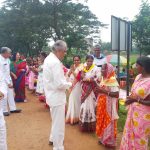 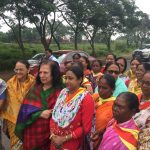 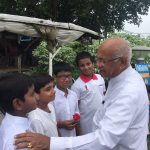 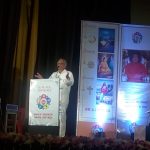 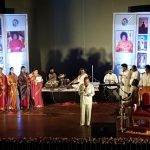 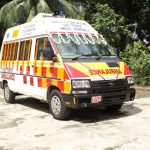 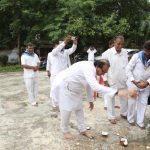 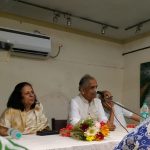 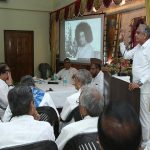 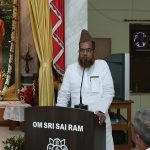 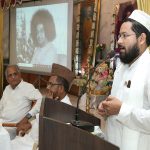 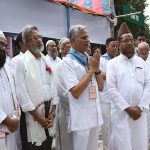 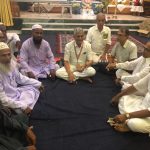 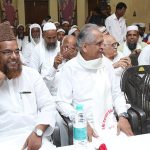