Sri Sathya Sai Seva organization has taken up an elaborate programme on a theme “Swasata se Divyata” for cleaniness of environment today i.e. on 18th October 2019. The programme was started with lighting of lamp at 9.30 AM by Mr. Taufik Ahmed, Khadim of Poa Macca, Hajo who has emphasized importance of keeping the environment clean in his address.

He has also honored few safai wallas with Gamochaand distributed Tulsi seedlings among them.On 18th of October people of Assam, irrespective of their caste, creed and religious belief observe Kati Bihu which is celebrated throughout the state  through worshipping of Tulsi tree. 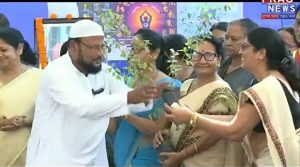 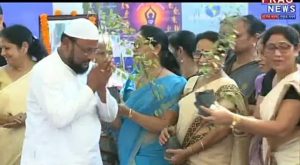 The opening remark was given by Dr. Balen Das, an eminent zoologist and eductionist of Assam. In the meeting Mrs. Nazreen Ahmed Joint Secretary (industries) Govt. of Assam spoke on importance of cleaning the environment and also honored few safai wallas of Guwahati Municipal Corporation by offering Gamocha and seedlings of various avenue plants.

Mrs. Manjusha lahkar, headmistress of a local school was also honoured for her hard work and zeal to come to this present position in spite of her financially poor background. Insipte of being the daughter of vegetables vendor she and her three sisters are very successful women in their respective professional field and are becoming inspirational example for young generation..

This programme was attended by the office beares and members of Kumarpara Masjid committee, Kumarpara Shanti sabha, Jatiya Divas Ujjapan Samithi,, Jai hind club and above all a very old  Sathya Sai devotee of the area Mr. BhupenDeka..

The Sevadal workers of the sai Samithi lead by Elie Changkakoti were escorted to Kumrpara Masjid by Khadim of poamucca for taking up the cleaning seva in the Masjid compound. Along with Masjid they have also taken up an elaborate cleaning programme in the premises of Embress united club, Kumarparashantisabha, Youth Athlete club, and Pragathi Mahila Sangha where the members and office bearers of Masjid committee have also participated.

Singing of Sarba dharma bhajans, street drama depicting the importance of cleanliness of environment, namprasanga were also part of the programme.

A massive rally to bring awareness for clean environment was taken out in kumarpara area which was participated by more than hundreds of participants including Bal Bikas children.

The programme ended with offering Aarti in front of Baba’s photograph kept on the altar temporarily erected for the programme. Prasad has been distributed to all. 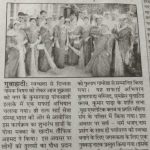 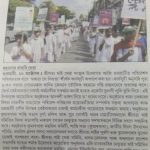 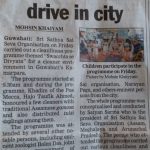 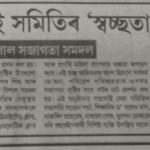 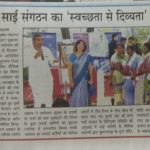 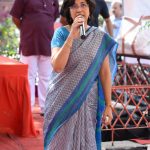 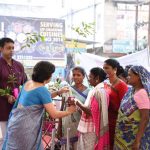 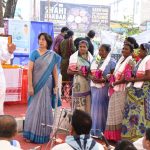 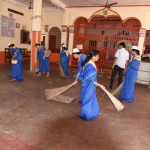 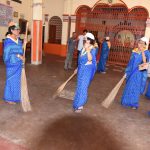 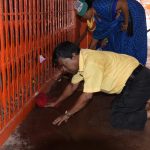 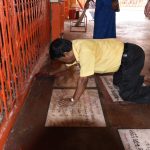 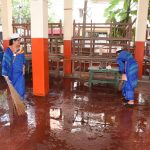 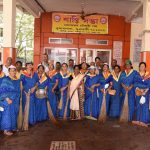 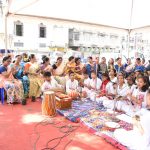 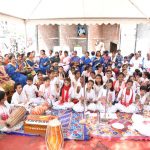 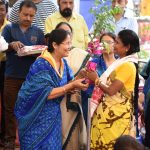 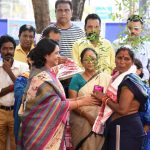 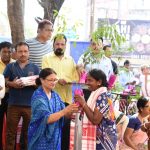 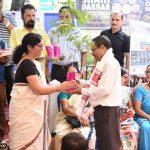 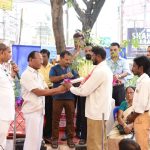 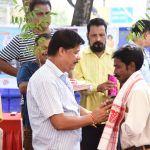 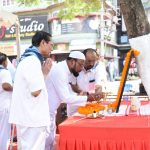 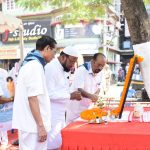 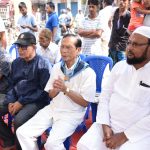 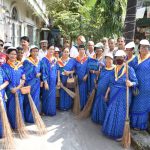