With the divine grace of our beloved Bhagwan, the Valedictory function of Bhajan Vikas batch 8 for girls and batch 7 for boys was held on 27th October 2018 at Sundaram. Total 184 children both boys and girls who completed this 12-week course from the districts of Chennai North West and South took part along with their parents and Gurus.

The program started with Vedam chanting and Bhajan by children. Shri Balaramachandran from the Sundaram bhajan group welcomed the guests and gave a brief description about the 12-week course. The Chief guests shared their thoughts about bhajan Vikas. One parent from each district exchanged their views about this program. One child from each district also spoke about how they enjoyed this program for the past 12 weeks. There was a unanimous view that after attending this course, the children had shown remarkable improvement in their studies and other activities. After a brief talk by senior Guru Smt Priya Sridhar, and Smt Kalpana Srinivas, of Sundaram bhajan group, medals and certificates were distributed to the children by the Chief guests. One boy and girl from each district were awarded trophies for outstanding performance according to their regularity punctuality and maintenance of Sadhana sheet and overall improvement.

Two best projects from each district where awarded trophies.

The prize-winning project from South District girls was a model of Sai Sundareswara. They had also done a chart work on Namasmarana and Hanuman’s Rama bhakthi. The boys had done charts on different saints of Bhakti Movement.

The girls from the North District had done models on Naradha, Meera Thulsidas and Hanuman. The boys displayed a project on Sarvadharma depicting the unity among various religions. These two projects were selected as the best from the North.

The best projects from West girls was a model of Sarvadharma Sthupa in Prashanthi nilayam and Swami in Joola. The boys did charts on Lord Shiva, Nayanmars and Pancha Bootha Sthalams.

The children were further encouraged to join the training classes conducted in Sundaram to develop their singing skills so that in future they can be inducted into the Sundaram bhajan group. 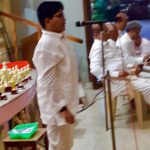 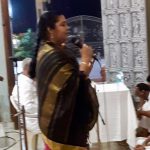 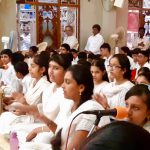 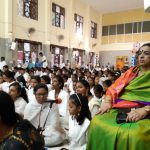 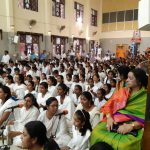 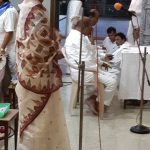 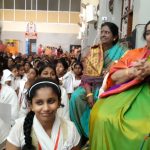 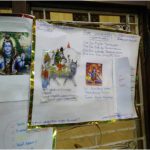 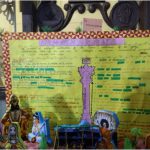 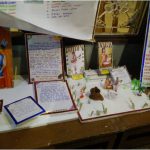